So … what? If sales were down, sure. And if so say that. These two stereotypes distill ideas from my childhood that have kept me favorably disposed toward blacks (African Americans, whatever they want to be called). I no longer see any reason for remaining favorably disposed. It is just an attempt to erase history, and it will become an attempt to erase non-black races. One has to be real careful not to use race for discrimination, and going around labeling things based on race is discrimination. If it starts, it is really hard to stop. Be sure to scroll down…

Obviously, Dolly Madison. Here is the history of the brand images.

Wow, look at her expression. Quite full of herself. And that dress is as sexist as they come. So she was replaced with something a little tamer and a little blonder: 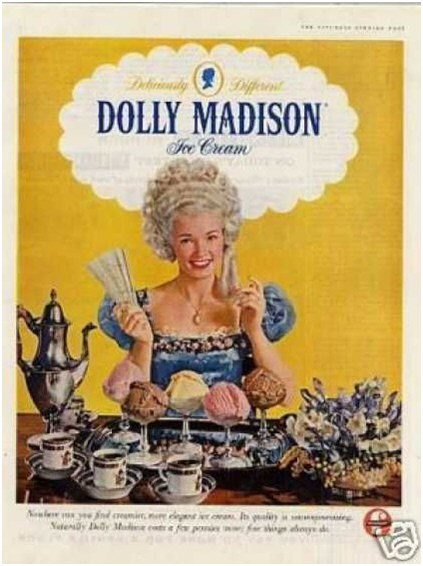 The bust line is quite a bit higher, and the smile is more innocent than plotting and sexy. But soon this was too racy as well. 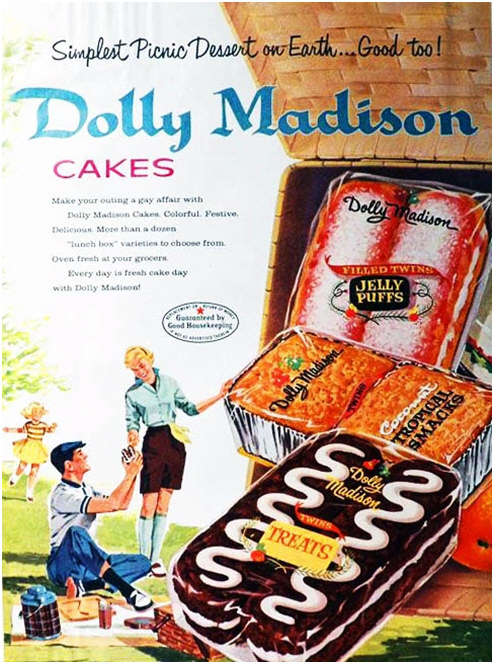 Oh, well, drawn not photographed. The implicit sexuality toned down by the presence of the child in the background. By the way, humanity has figured out how to have children without sex, so I’m pretty sure something so historically conflicted and associated with exploitation will soon be taboo. The evolution continues toward abstraction and innocence:

Even more cartoon like, not realistically drawn. Sure, they are holding hands, but there is no sexual connotation. The real Dolley Madison must be rolling over in her grave. 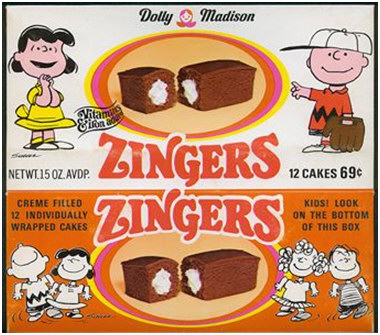 Hmm, endorsement from famous cartoon characters. In the lower drawing, black and white line drawings. Even less realistic. But look at the icon at the top. This is what Dolley->Dolly leads to. First you drop the e, then you drop the whole body. This is hardly even an icon for a computer program:

But there is something fatally wrong still. She is still WHITE and a female that we cannot be sure will not marry a male and have a heterosexual family. We must set all doubts to rest. I understand Dolly Madison plans to announce a name change tomorrow and has hired these two spokespersons to restore flesh and blood honest characters to the cartoons:

I have it on reliable authority from the galactic forecasting computer that by 2120 the following will be the logo for the DDDB (D’Matis Desexualized Deracialized Bakery): 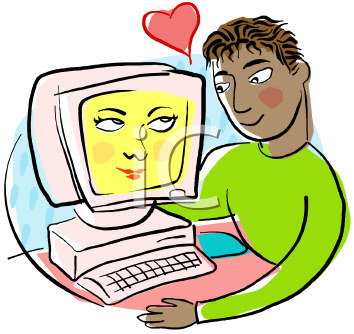