Is this serious, or political humor?  You decide.

The Beatles sang about a “Yellow Submarine.”  North Korea has a green one.

And guess what?  It can launch a missile! 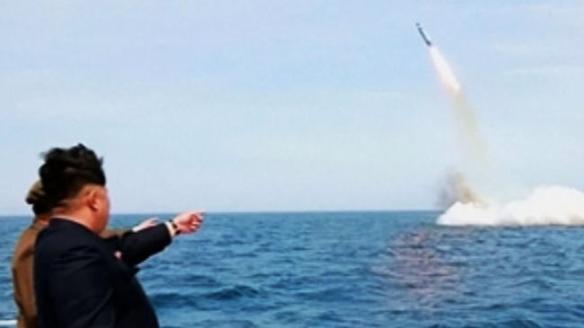 It has tried several times to launch a missile, and while some have failed, at least some have succeeded: http://www.bbc.com/news/world-asia-32671101 .  The most recent test was this weekend:  http://www.reuters.com/article/us-northkorea-missile-idUSKCN0XK08U .  Question … how close could NK get to Washington, NY, San Francisco or LA without being detected?  Or more likely, how close would each presidential candidate allow them to get before destroying the sub and probably starting a [nuclear] war?